The 98th Annual AOPA National Assembly October 7-10 held in conjunction with the Texas Chapter of the American Academy of Orthotics and Prosthetics drew 2,200 O&P professionals to San Antonio, Texas.

Whether it was the magnet power of San Antonio, the programming, the convenient facilities or all of the above, the initial feedback has been extremely positive. The opening ceremony honor guard was followed by an emotional keynote from Ret. Lt. Col. Donald Gajewski, MD, former director of the Center for the Intrepid who told the moving story of the Center’s mission of restoring mobility and life quality to returning wounded soldiers. The opener plus the fun events in the exhibit hall and the clinical and business management educational content drew “best ever” comments.

Lt. Gajewski echoed the thoughts of the audience when during his presentation he expressed shock that the government would seek to impose limitations on providing the highest technology appropriate for amputees citing the recent LCD for lower extremity prosthetics.

If you missed the opening session by Ret. Lt. Col. Donald Gajewski, don’t worry because the O&P Almanac covered the address and has provided highlights for you!

Welcome Reception Texas Pride Contest
Attendees were welcomed to the show Texas Style by exhibitors who competed to show attendees the most Texas Pride. Exhibitors used costume, refreshments and décor to entice attendees to vote. The winners of the Texas Pride contest in each category are outlined below: 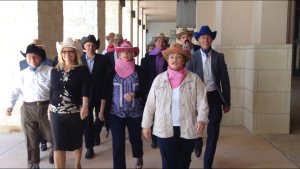 AOPA Board Members get into the Texas spirit 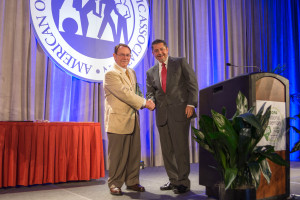 Lifetime Achievement Award
Each year the American Orthotic & Prosthetic Association (AOPA) presents the prestigious Lifetime Achievement Award. This honor is bestowed on individuals who have made significant contributions to the field of orthotics and prosthetics. The AOPA Board of Directors presented the 2015 award to Thomas V. DiBello, CO, FAAOP, former AOPA President and Board member.

Student Poster Awards
Tyler Klenow was the recipient of the fifth annual Otto and Lucille Becker Award for his orthotic poster presentation “A Functional Comparison of a Carbon Fiber AFO and Two Modular KAFO Conditions Using Outcome Measures in a Veteran Subject with Traumatic Brain Injury.” Tyler is a resident at James A. Haley Veteran’s Hospital, and graduated with a Master of Science in Orthotics and Prosthetics from Eastern Michigan University. An award was also presented to Eastern Michigan University.  The Otto and Lucille Becker award has been made available by an endowment from Becker Orthopedic.

Lisa Abernethy, at Alabama State University, was the recipient of the fifth annual Edwin and Kathryn Arbogast Award for her prosthetic poster presentation “Going Back In Time: A Content Analysis On The Media Portrayal Of Characters With Antiquated Prostheses.” An award was also presented to Alabama State University.  The Edwin and Kathryn Arbogast award has been made available by an endowment by the Willow Wood Company.

The purpose of these awards is to honor one orthotic and one prosthetic commendable scientific paper submitted for presentation as a poster during the AOPA National Assembly and to encourage students and residents to display outstanding posters at the AOPA Annual Assembly.

The award recipients are entitled to a $500 cash award, complimentary Assembly registration, up to 3 nights of hotel accommodations, coach class airfare to the Assembly, and of course recognition during the awards ceremony.

Technical Fabrication Contest
The exciting, but extremely competitive 2015 Technical Fabrication Contest was a timed event, where participants competed to properly assemble an articulating AFO the fastest. Participants were allowed to have their time recorded up to three times. First place winners received a $500 prize and second place winners received a $200 prize. Congratulations to the following: 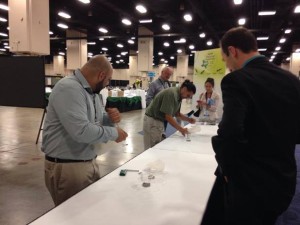 Participants compete to assembly an articulating AFO the fastest

Wine Auction
One of the biggest winners of all were those in attendance at the 8th Annual Wine Tasting & Auction, who enjoyed a night of networking and sampling of fine wines.  This year’s event is shaping up to be one of the most successful in recent memory, in terms of attendance and the amount of funds raised to help support AOPA’s government relations efforts.

See all the photos at https://www.flickr.com/photos/aopaevents/albums

And don’t miss highlights from the Exhibit Hall 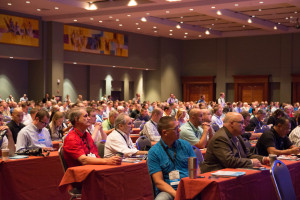 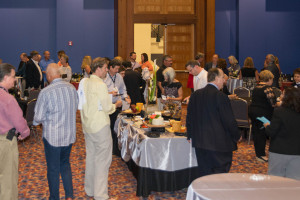 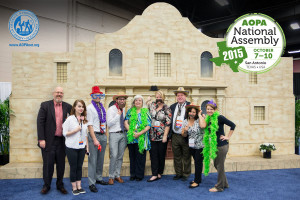 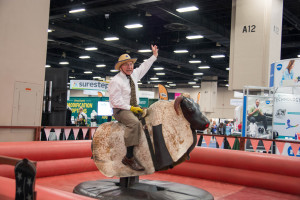 ← Previous Post
Lower Limb LCD Policy Updates: What Has Happened after the Comment Period Closed and the August 26 Events
Next Post →
Obama White House Disappoints With Interim Response to “We the People” Petition on LCD