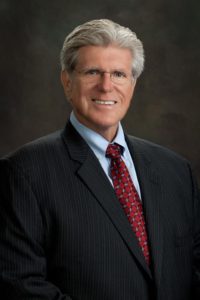 e 2016 AOPA National Assembly in Boston, MA.  This award is bestowed on individuals who have made exceptional contributions to the orthotics and prosthetics profession.

James Campbell, PhD, CO, FAAOP, AOPA’s President explained: “The Lifetime Achievement Award is the highest honor in the O&P profession, and Tom Watson was a natural choice.  He has run a successful business, while serving his community through his civic engagement.  His many years of effective advocacy for the O&P community should be appreciated by all of us.”

Tom and his wife Barbara own Tom Watson’s Prosthetic & Orthotic Lab with locations in Owensboro and Evansville, Kentucky.  He is a past president of AOPA and has served on AOPA’s Government Relations Committee.  He works personally with the AOPA Veteran’s Affairs committee, the O&P PAC, and is a grass roots lobbyist who participates in the annual Policy Forum and educates local lawmakers on O&P all year round.

Tom is the former mayor of Owensboro, Kentucky, from 2005-2008 and is seeking re-election in 2016.  He has served as past-chair of the Owensboro Chamber of Commerce, a board member of Industry, Inc., Owensboro Medical Health System, and board member of the Governor’s Workforce Investment Board. He is on the foundation board at the Owensboro Community and Technical College. He is a member of the American Academy of Orthotists and Prosthetists (AAOP), and is a facility surveyor for the American Board for Certification (ABC) for Facility Accreditation. In 2016, he earned the Hall of Achievement award from the Owensboro Public School System.

As an above knee amputee since he was injured in his teens, Tom has long supported programs for people with physical disabilities.  He is affiliated with the Kentucky and Indiana Commission for Children with Special Health Care Needs, the Veteran’s Administration, and the Easter Seals Rehabilitation Center, with particular emphasis on pediatrics and developmental disabilities.  He currently volunteers at the Daniel Pitino Shelter in Owensboro.

Tom and his wife Barbara have two sons and seven grandchildren.

Tom will be presented with the Lifetime Achievement Award at the 2016 AOPA National Assembly in Boston, MA, at the General Session on Saturday, September 10 at 7:30 am.