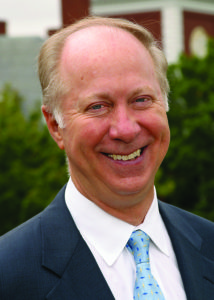 Gergen was born in Durham, North Carolina, where his father taught mathematics at Duke University. He graduated with honors from both Yale College (1963) and Harvard Law School (1967) and served as an officer in the U.S. Navy for nearly three and a half years, posted to a ship in Japan.

Gergen joined the Nixon White House in 1971, as a staff assistant on the speech writing team, a group of heavyweights that included Pat Buchanan, Ben Stein and Bill Safire. Gergen went on to work in the administration of Gerald Ford and as an adviser to the 1980 George H.W. Bush presidential campaign.

He served as director of Communications for Ronald Reagan and as adviser to Bill Clinton and Secretary of State Warren Christopher on domestic and foreign affairs.

In the 1980s, he began a career in journalism. Starting with The McNeil-Lehrer NewsHour in 1984, he has been a regular commentator on public affairs for some 28 years. Twice he has been a member of election coverage teams that won Peabody awards. In the late 1980s, he was chief editor of U.S. News & World Report, working with publisher Mort Zuckerman to achieve record gains in circulation and advertising. Today, he appears frequently on CNN as senior political analyst.

Gergen joined the Harvard faculty in 1999, and his work as co-director of the Center for Public Leadership at the Kennedy School has enabled him to work closely with a rising generation of younger leaders, especially social entrepreneurs, military veterans and Young Global Leaders chosen by the World Economic Forum. Through the generosity of outside donors, the Center helps to provide scholarships to 50-60 students a year, preparing them to serve as leaders for the common good. The Center also promotes scholarship at the frontiers of leadership studies. He is active as a speaker on leadership and sits on many boards, including Teach for America, the Aspen Institute and The Mission Continues. He is a member of the Washington D.C. Bar and the Council on Foreign Relations and holds 27 honorary degrees.

Gergen has been married since 1967 to Anne Elizabeth Gergen of England, a family therapist. They have two children and five grand-children. Son Christopher is a social entrepreneur in North Carolina as well as an author and member of the Duke faculty. Daughter Katherine is a family doctor, working with the underserved population at the Boston Medical Center.. 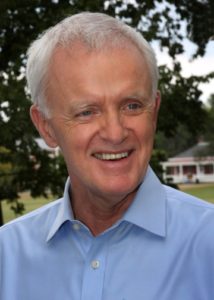 Bob Kerrey served as the 35th Governor of Nebraska from 1983 to 1987 and as a United States Senator from Nebraska from 1989 to 2001. Before entering politics, he served in the Vietnam War as a United States Navy SEAL officer and was awarded the Medal of Honor for heroism in combat. During the action for which he was awarded the Medal of Honor, he was severely wounded, precluding further naval service.

Kerrey was a candidate for the Democratic presidential nomination in 1992. He retired from the Senate in 2000 and was replaced by former Governor and fellow Democrat Ben Nelson. From 2001 to 2010, he served as president of The New School, a university in New York City.

Kerrey is a co-chair for the Advisory Board of Issue One, an organization that describes its mission as “fighting for real solutions to the problem of money in politics”.

He was an active voice and O&P advocate during the time that the July 2015 lower limb LCD proposal was released by CMS. After this advocacy, he attended the 2016 AOPA Policy Forum and helped attendees draft a simple bill to use in discussions with lawmakers. He has continued to engage with members of Congress after the Policy Forum to champion O&P bills, including S. 829, The Medicare Orthotics and Prosthetics Improvement Act 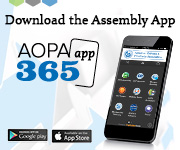