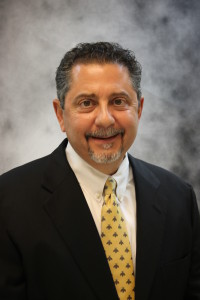 The American Orthotic & Prosthetic Association (AOPA) will honor Thomas V. DiBello, CO with the Lifetime Achievement Award at the 2015 AOPA National Assembly in San Antonio, TX.  This award is bestowed on individuals who have made exceptional contributions to the orthotics and prosthetics profession.

AOPA President Charles Dankmeyer, Jr. CPO explained “Mr. DiBello is this year’s honoree because of his relentless passion for patient care, O&P education and advancing the profession. Tom is a true visionary who has made a huge impact through his leadership at the Academy, AOPA, O&P educational programs, and his other volunteer work here and abroad.”

Mr. DiBello began his career as a pharmacist but left the field after 3 years to earn an O&P certificate at Northwestern University.  After a residency at the University of Oklahoma and eight years as a clinician employed in private practices, he purchased a small practice in Houston, TX that became Dynamic Orthotics and Prosthetics, which he grew over 18 years from a single practitioner, administrator, and technician, to four offices employing over 25 practitioners and technicians.  He merged his practice in 2010 with Hanger Clinic, where he now serves as Gulf Coast Regional Director.

Mr. DiBello holds the position of Clinical Assistant Professor at Baylor College of Medicine, School of Allied Health, Honorary Adjunct Faculty at Texas Women’s University, and Chairman of the Advisory Committee of the Baylor College of Medicine Masters Program on Orthotics and Prosthetics.  He has lectured extensively on Lower Extremity Orthotics throughout the United States and Mexico as well as Italy, Australia, Southeast Asia and Africa and has authored chapters in two textbooks and two chapters for the new Atlas of Orthotics.

Mr. DiBello will be presented with the Lifetime Achievement Award at the 2015 AOPA National Assembly in San Antonio, TX, at the General Session on Saturday, October 9 at 7:30 am.