The October 16, 2017 Federal Register included a proposed rule published by the Department of Veterans Affairs (VA) that intends to “reorganize and update the current regulations related to prosthetic and rehabilitative items, primarily to clarify eligibility for prosthetic and other rehabilitative items and services, and to define the types of items and services available to eligible veterans.”

There is a provision in the proposed rule that significantly threatens longstanding VA policy that allows the veteran to decide whether they receive O&P services directly from the VA or from a VA contracted provider.  The proposed language states the following:

“VA will determine whether VA or a VA-authorized vendor will furnish authorized items and services under § 17.3230 to eligible veterans. When VA has the capacity or inventory, VA directly provides items and services to veterans. However, VA also may use, on a case-by case basis, VA authorized vendors to provide greater access, lower cost, and/or a wider range of items and services. We would clarify in regulation that this administrative business decision is made solely by VA to eliminate any possible confusion as to whether a veteran has a right to request items or services generally, or to request specific items or services from a provider other than VA, and to clarify for the benefit of VA-authorized vendors that VA retains this discretion as part of our duty to administer this program in a legally sufficient, fiscally responsible manner.”

This language, if finalized, is in direct conflict with the current VA policy as well as the Veteran’s Access, Choice, and Accountability Act of 2014 and will significantly restrict the ability of a veteran to see the VA contracted provider of their choice for prosthetic and orthotic care. AOPA submitted comments on the proposed rule which were due on December 15, 2017.  Read AOPA’s comments.

AOPA provided a portal for members to submit comments through AOPAvotes (now closed), which more than 250 members used.

AOPA has also published an ad in Politico, a newspaper of legislative and political news that is delivered to Congress and the White House, and read by think tanks, federal agencies, etc, seen below: 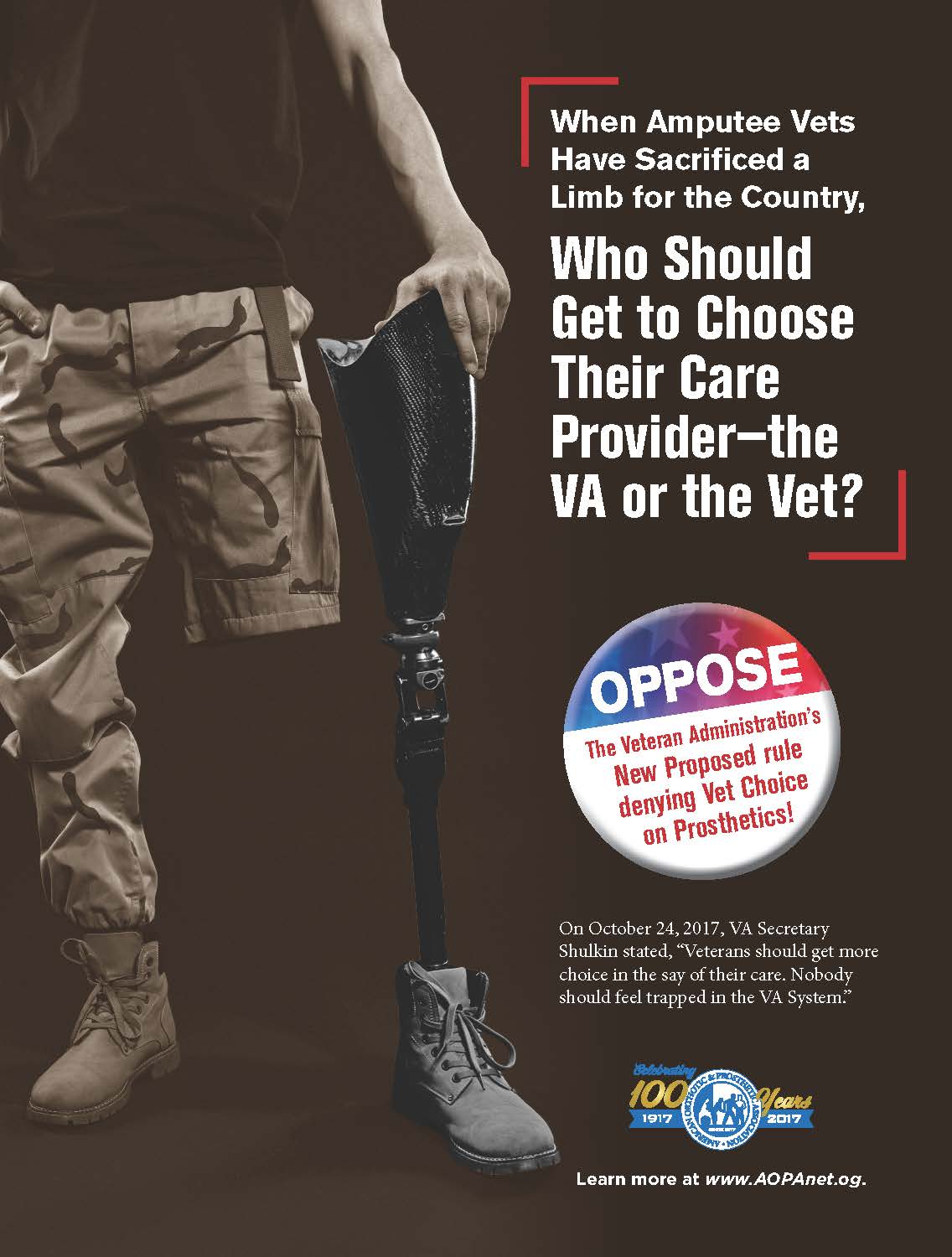 Questions regarding this issue may be directed to Joe McTernan at jmcternan@AOPAnet.org or Devon Bernard at dbernard@AOPAnet.org.