The 2016 O&P Leadership Conference: Another Success

O&P industry leaders returned from the January 8-10 2nd O&P Leadership Conference in Palm Beach with comments such as “by far, the most valuable event I’ve had the privilege to attend in my career”, “truly a great session”, and “extremely helpful”. With a lineup including former Senator Bob Kerrey, Political Analyst Charles E. Cook, Jr. and Healthcare Futurist Michael L. Lovdal, PhD, it is no surprise that this event topped the impressive inaugural 2015 event.

More than 130 AOPA members representing patient care, supplier, and educational members gathered to mix and mingle and learn from knowledgeable insiders about the topics that are most pressing in today’s challenging business environment. Former Senator, Governor, and lower limb amputee Bob Kerrey, who made headlines when he challenged the lower limb LCD policy draft in 2015, inspired the audience to engage in grassroots advocacy in Washington and beyond. Charlie Cook,  Editor and Publisher of the Cook Political Report, and considered one of the nation’s leading authorities on American politics and U.S. election forecasting, explained the current political climate and brought his insight on what to expect after the 2016 election. Michael Lovdal tapped into his 3 decades of strategic planning and health care experience to provide his top ten predictions for the future of health care and encouraged the audience to consider the impact on their current business models.

The closing program on Prosthetics 2020 left attendees inspired with the work AOPA and its partners are doing to create a patient registry and initiate outcomes studies intended to protect, fortify, and enhance the value of prosthetic care in the minds of payers, patients and the general public.

See all the photos from the event. 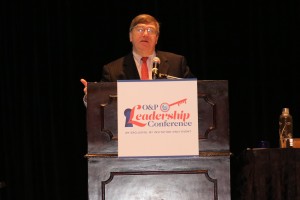 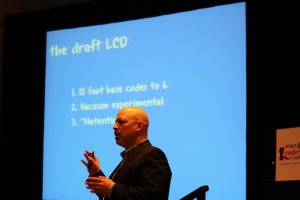 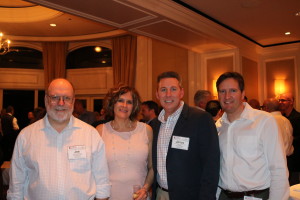 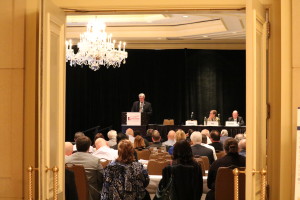 ← Previous Post
Jurisdiction A DME MAC Contract Awarded to Noridian Health Solutions, LLC
Next Post →
CGS to be the New DME MAC for Jurisdiction B